By Twinty Karat from an original article by Chitraparna Sinha
We wear jewelry in various places on our body, and while you may think that it looks good there, there is another reason for placing jewelry in certain spots on our body.


In ancient times, they felt that the only way an evil spirit or demon could enter the body was through the main orifices.

To prevent demonic possession, it would only make sense to put jewels or metal near these places.

When you have earrings dangling from your ears, you are preventing a demonic spirit from entering your body.  In India, a nose ring was used for the same purpose and tattoos around the eyes and mouth.

Finger and toenails were painted to prevent a demon from penetrating the skin and entering the body.  The ring was the most protective piece of jewelry because it was a circle, and circles represented unity and eternity.  It is believed that certain jewels and metal gain power over time and give the wearer good luck or bad luck. 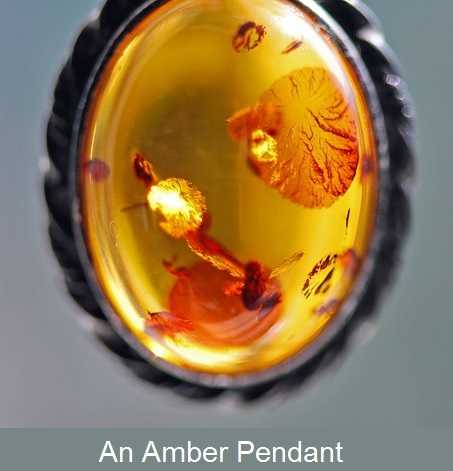 Amber is fossilized tree resin (not sap).  Amber is a gemstone which has been appreciated for its color and natural organic beauty since Neolithic times. Because it originates as a soft, sticky tree resin, amber sometimes contains animal and plant material as inclusions which is why you might see a spider or ant entombed in a piece of amber.

Amber from the Baltic Sea has been extensively traded since antiquity and in the main land, from where amber was traded 2000 years ago; the natives called it glaes since its see-through similarity to glass. Amber is used as an ingredient in perfumes, as a healing agent in folk medicine, and as jewelry.

As unusual as it may sound heating amber will soften it. If heated hot enough it eventually will burn, which is why in Germanic languages the word for amber is a literal translation of burn-Stone. When heated above 200°C, amber suffers decomposition, yielding an “oil of amber.” 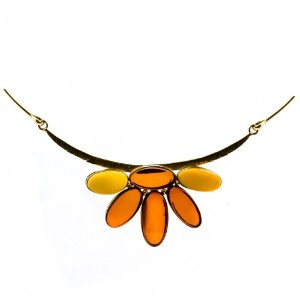 The Greeks called this jewel elektron, from which we got the word electricity.  Prehistoric peoples thought this stone was good luck because when you rub two of these magic stones together, they give off a spark.

Almost every culture has considered amber a bit of sun with the power to bring good fortune to whoever held amber.  The Muslim and Chinese people burn amber as incense to protect them from evil spirits. If amber is worn as a necklace, it would ward off anything from indigestion, to a toothache.

Often amber, particularly with an insect inside, is counterfeited. It’s really a plastic resin posing as amber. A simple test to validate its authenticity consists of touching the object with a heated pin and determining if the resultant odor is of wood resin.

If not, the object is counterfeit, although a positive test may not be conclusive owing to a thin coat of real resin. Generally counterfeits amber stones will have a too-perfect pose and position of the trapped insect.

Amber has been used since antiquity in the manufacture of jewelry and ornaments. Amber ornaments have been found in Mycenaean tombs and elsewhere across Europe. Amber has long been used in folk medicine for its purported healing properties. Amber and extracts were used from the time of Hippocrates in ancient Greece for a wide variety of treatments through the Middle Ages and up until the early twentieth century. Prior to World War II amber was widely used in Germany for teething problems. Amber’s healing properties are sometimes attributed to succinic acid which occurs as an oxidation product on the surface of amber.

Amber also forms the flavoring for akvavit liquor. Amber has been used as an ingredient in perfumes. To this day it is used in the manufacture of smoking and glassblowing mouthpieces. Amber’s place in culture and tradition lends it a tourism value; Palanga Amber Museum is dedicated to the mineral.

This is just the beginning of the many lucky jewels.  There are at many more jewels that people feel are lucky jewels in addition to lucky amber gemstones.