Long, long ago it was once believed that gems were dew drops, raindrops and even tear drops hardened by the sun.


This would probably include beryl and the other semi-precious and precious stones.

The most precious of the gems were thought to be those that came from India and Arabia because of the sun rising in the east and with the climate there being so hot.

Crystals in ancient times were believed to have the power to ward off evil spirits, to heal, and protect in battle. Ancients also believed that precious stones held the imprisoned souls of people who had in some way incurred the wrath of the gods.

Even now hundreds or thousands of years later, superstitions about gems and crystals still flourish. Many people believe in their physical, emotional and spiritual healing powers.

The twelve tribes of Israel wore gems on their breastplate representing their tribe. These included Emerald, Amethyst, and Beryl. Both emerald and amethyst are forms of beryl. Names of the tribes are thought to be associated with the gemstones given them.

In folklore how did the custom of wearing gems originate?

It does seem that the use of gems, whether in jewelry, ornaments, or otherwise, well predate any modern times. That during some of those times people thought the planetary influences played a part in the attributed power of certain gems.

Those were the zodiac gems and other colorful gems. In general, ordinary or colorless stones conferred no influence on people.

Back in 1220 Arnoldus Saxo reported that “in addition to other virtues that beryl gave help against foes in battle or litigation; the wearer was rendered unconquerable. Plus at the same time amiable, while his intellect was quickened and he was cured of laziness.”

In medieval times people took for granted any claimed influence in gemstones. When finally investigation into such claims was made it seemed reasons were tried to be discovered for such influences.

You would think they would start out with the idea that the gemstones had no extraordinary or other powers. Then try to discover if they really did. But it was taken for granted there were powers in such stones. 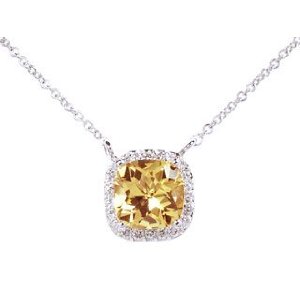 All the effort was to find an explanation for such claimed powers. One of the popular assumptions was that auto-suggestion or generally what we know as self-hypnosis was responsible for a gem’s powers.

If a person believed a gemstone would affect or influence them in a certain way it would indeed happen because of auto-suggestion. They would really experience the claimed influence on themselves.

Maybe this is a reason these ideas have lingered on and have been perpetuated for so long.

Beryl is not well known to the general public but is one of the most important gem minerals. Pure beryl is colorless, but it is frequently tinted by impurities; possible colors are green, blue, yellow, red, and white. 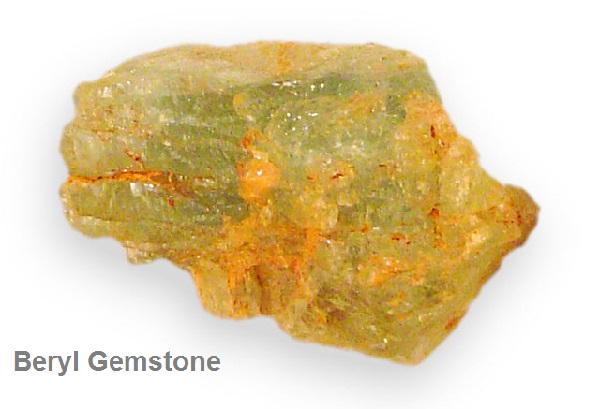 The many different impurities give beryl its varied coloration. Without these splendid color varieties, beryl would be a rather ordinary gemstone with only average fire and brilliance. Emerald is the green and aquamarine is the blue variety of beryl. The name beryl is used for the red and golden varieties.

·    *Has the power to increase the wearer’s attractiveness to the opposite sex.

·    *was used as an oracle crystal in the Middle Ages

The different forms of beryl gemstones are usually separated by their color and all have been used as gemstones;

·    Emerald, green variety, most popular green gemstone and is one of the most valuable gems.

·    Aquamarine, blue to blue-green variety, is the most popular light-blue gemstone.

·    Heliodor yellow to greenish-yellow variety. It can also include light green, orange, and brown Beryl.

·    Golden Beryl has a golden yellow to orange-yellow color. The terms Heliodor and Golden Beryl are often interchangeable.

·    Goshenite is the white to colorless variety of Beryl.

·    Pezzottaite, also known as Raspberry Beryl, is a newly identified gemstone that was originally thought to be Beryl but has been scientifically distinguished as a separate mineral species. It occurs in a raspberry-red color, and its physical properties are almost identical to Beryl.

All Beryl gemstone varieties are faceted into various gem cuts, especially Emerald and Aquamarine, which are one of the most popular jewelry gemstones.

Aquamarine and Morganite are often heat treated to intensify their colors, and Emeralds are commonly oiled to hide flaws.

The other forms of Beryl stones are usually not treated or enhanced.

Golden beryls are found in Brazil, Madagascar, Namibia, Nigeria, Zimbabwe and Sri Lanka. Red beryl is only found in the United States (Utah).

Pink beryl, or Morganite, is found in Afghanistan, Brazil, China, Madagascar, Mozambique, Namibia, Zimbabwe, and the USA (California and Utah).